Ukraine is not just a major sightseeing destination, it is also a land of some of the most colorful and amazing festivals. Thus, when you are planning a visit to Ukraine, you must know about the major festivals in Ukraine so that you can accommodate it in your itinerary. The charm and beauty of Ukrainian festivals can easily compete with major festivals around the world.

Get ready, hold your excitement till your flight lands at Kiev as you get to be a part of celebrations. So, let’s know more about the major festivals in Ukraine. The success of this festival went far beyond the borders of the country. It is considered to be among the ten best jazz events in Europe. Until 2017 it was called Alpha Jazz Fest, but the committee has changed the name to Leopolis. The festival welcomes world-renowned jazz stars and 40,000 spectators every year. The musicians share the magic of sound on three stages, two of which have free entry. In addition to the scheduled concerts, you can listen to jam sessions, attend various workshops, and chat with jazzmen at autograph sessions. If you are in love with jazz and the city of Lviv, it is the right place to travel to in late June. 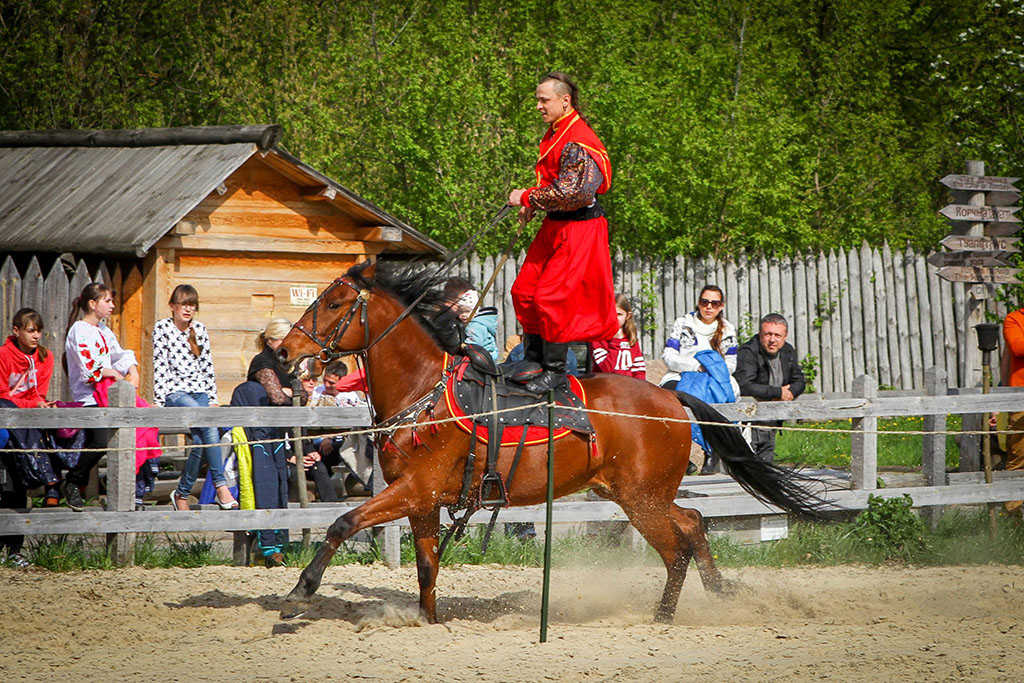 If you are an adventure enthusiast, you must attend the Centaurs festival in Ukraine. It is a festival in which different horse riders participate. The festivity consists of two parts, the first part is related to the competition among the stunt riders, and the second part relates to the demonstration of the riders in front of your eyes. The performance by skilled horse riders will leave you speechless and awestruck. Ostrov is the largest festival of electronic music in Ukraine. Traditionally, three independent stages are installed at the festival, as well as many bars and entertainment zones. It is a striking, non-stop, open-air party that lasts 72 hours. It is held on Trukhaniv Island on the Dnieper River. Visitors dance on the sand, have drinks, and marvel the spectacular panorama that opens from the coast onto the city centre of Kiev and the ancient district of Podol. For all those food lovers out there, the food and wine festival of Kyiv is a must-visit. The festival is one of the most traditional festivals in Ukraine. Every year the festival relates to different food themes. Taste the best wines in the world and be a part of different activities including oyster battle, exhibition, and wine tasting. Thus, for ultimate fun and enjoyment, you must attend the festival if you are in Ukraine in the month of April. A cultural phenomenon GogolFest unites different types of art on its territory. People come here to see plays, musical performances, media installations, and film screenings; there are also events at art galleries and literary readings. Over ten days in the middle of September (exact dates are determined in the summer period), creative workers of Ukraine showcase their works, network, share the latest trends, and just have fun. The festival also has an educational program, where everyone can learn the basics of filmmaking, acting, or dancing.

May 9 is an important public holiday in the Ukraine, marking the victory over the Nazis and honoring fallen heroes of WWII and its veterans. It is celebrated nationwide, with the main event in Kiev featuring military parades and hundreds of thousands of visitors. Events elsewhere include mock battles in southern towns and the consumption of military porridge in the north. Kiev Day is one of the main events of the year, with concerts, fireworks, and lots of celebrations in the streets of the capital. It takes place during the last weekend of May, with drinks on Friday night, fun in the street on Saturday and fireworks on Sunday. Many areas light up, with Khreschatyk Street and the two main squares—Independence Square and European Square—quite festive for the occasion.