Whether you’ve organized a relaxed itinerary or vow to experience it all in one go, from urban palazzos to Renaissance churches and bustling squares, there are some absolute tourist attractions in Florence that you can’t miss. 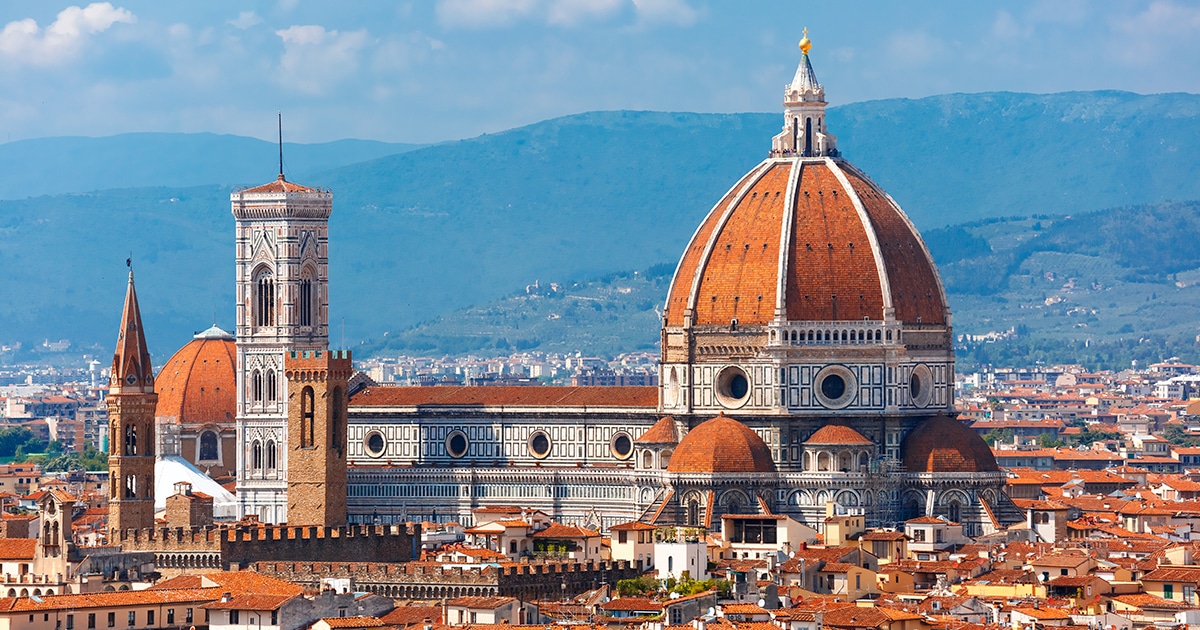 Possibly the most celebrated cathedral in the world, the Duomo as it is simply known in Florence is the jewel of the city.

It was initially constructed in 1436, but the astonishing front facade wasn’t completed until the 19th century.

Located in the center of the old city, the Duomo stands out for miles and creates an imposing sight amongst the other medieval buildings.

The exterior and front facade of the Cathedral are monumental – covered in white marble and red, pink, and green polychrome designs; the color and style are breathtaking.

Furthermore, an immense dome sits at the read of the cathedral and can be accessed via a series of steps. 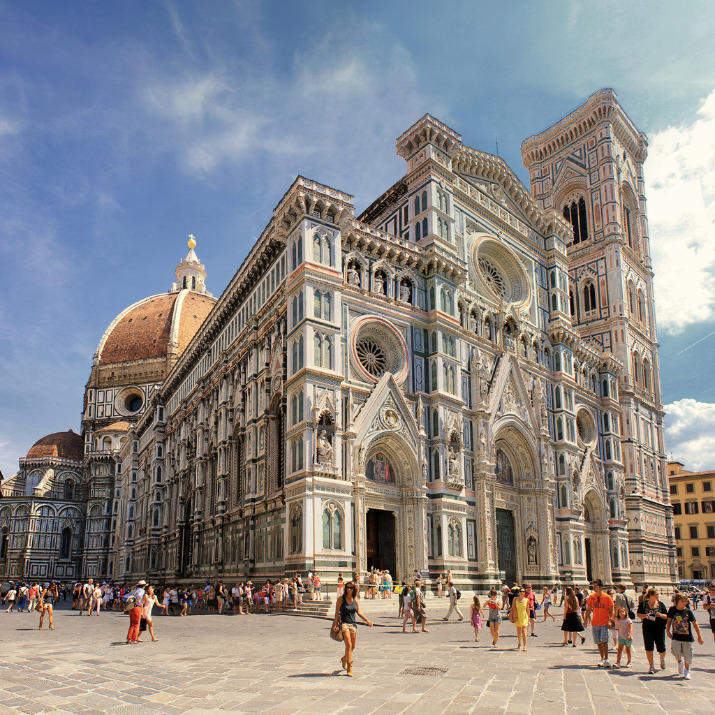 Many people believe that Giotto’s Campanile is connected to the Duomo however it is a separate building in its own right.

This structure is a true masterpiece of Gothic architecture and is one of the most renowned designs in the city.

Split into five distinct levels, the exterior of the tower features polychrome marble decoration that is also present on the Duomo in brilliant green and pink colors.

Constructed in 1334 through to 1359, the building was designed by the famous artist Giotto but finished by Talenti who added the last levels after Giotto died in 1343. A plethora of sculptures, artwork, and decorated panels cover the tower and it is a true masterpiece of Renaissance art. This structure stood as the palace of the Signoria of the Republic of Florence and was also a town hall in later years.

Originally built in 1299, the Palazzo was designed by the same architects that worked on the Duomo and the church of Santa Croce.

With a square design and a number of crenulations, the building almost looks like a castle; it also has a large bell tower.

On the front facade, a series of the coast of arms can be seen that represent various families and important individuals relating to the history of the city.

Among the oldest cathedrals in Florence, the Basilica di San Lorenzo was consecrated in 393, at which point it was located outside the city walls.

It was a Medici family stronghold, and there’s a wealth of storytelling to explore on a tour of the church. For example, the Chapel of the Princes reveals an innovative design as well as an ambitious plan to smuggle the Holy Sepulchre from Jerusalem and place it in the center.

The Basilica is as much a museum as a place of worship, with sculptures by Donatello and Michelangelo, the 15th- and 16th-century Medici Chapels, and the church’s Filippo Brunelleschi-designed dome. Leonardo da Vinci claimed that the eyes are the windows to the soul, but his art and inventions provide more than just a window into his entrepreneurial and innovative spirit.

The artist’s designs introduced new worlds beyond the canvas and even furthered the study of the universe. On a tour of the Da Vinci Museum, visitors can experiment with interactive displays and embark on a journey into da Vinci’s genius mind with various models that demonstrate the study of gravity, mechanics, and design. Audio guides are available. 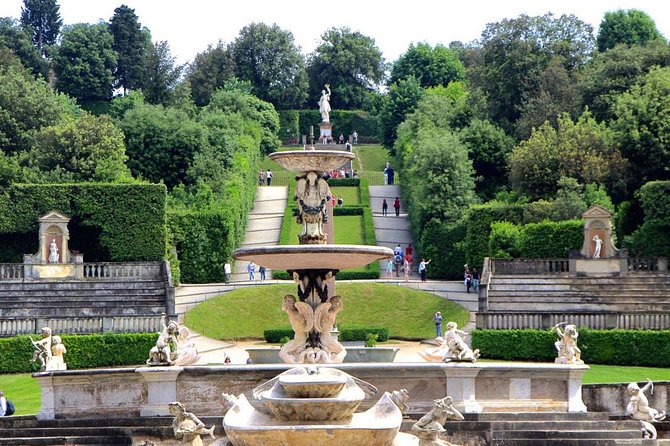 Established by the Medici family, the Boboli Gardens are something of a crossroads between nature, architecture, and science. A combined ticket for the Uffizi Gallery and Palazzo Pitti includes entry to the open-air museum.

The views over Florence and the surrounding Tuscan hills from the Boboli Gardens are unmissable, and spring is a particularly beautiful time to visit, when the flowers are in full bloom, as is autumn when the leaves start to change color.

Whilst the Cathedral of Florence boasts immense size, the Basilica of Santa Croce is truly beautiful and inviting.

Constructed at a similar time to the Duomo, it also features a front facade that includes pink, green, and red marble polychrome panels contrasted with polished white stone.

Aside from the beautiful exterior, the interior is home to the tombs of the most influential Renaissance artists and scholars in the world including Galileo, Michelangelo, and Machiavelli.