Red meat is the meat of mammals, which is normally red when raw. It’s one of the most controversial foods in the history of nutrition. Keep reading for benefits of red meat.

What is red meat?

Red meat is generally meat derived from farm reared mammals, such as:

Red meat is a popular food amongst those following a paleo diet, in which food choices are guided by judging which foods would have been available to our ancient ancestors.

Followers of a paleo diet will often try to seek food that is unprocessed and where the animals have been fed a natural diet. 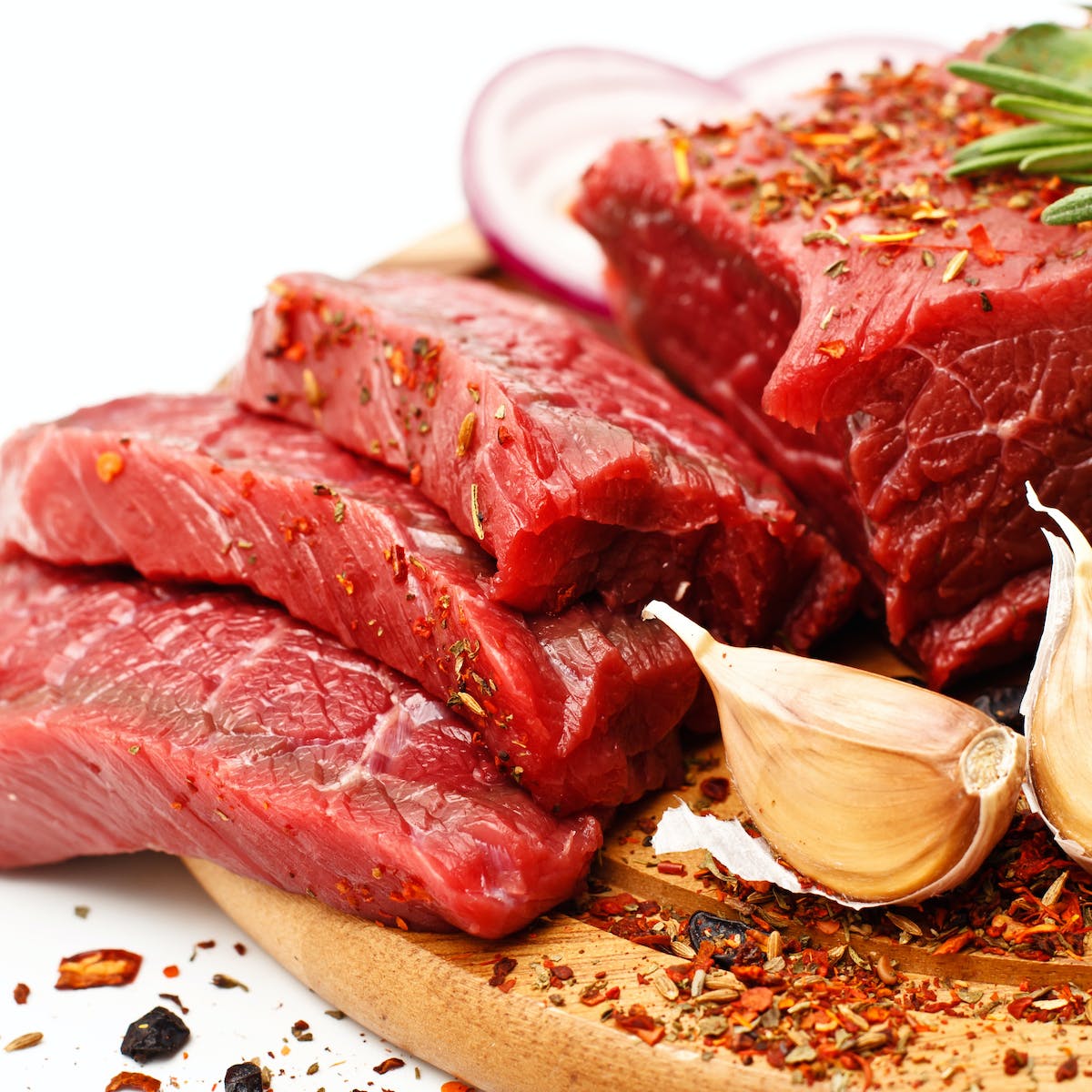 Red meat is a rich source of vitamin B12, which is vital to proper functioning of nearly every system in your body. B12 deficiency can play a role in everything from aging, neurological disorders, and mental illness, to cancer, cardiovascular disease, and infertility. Red meat also contains significant levels of other B vitamins, including thiamin, riboflavin, pantothenic acid, folate, niacin, and vitamin B6. It’s crucial to get these vitamins from whole foods sources, rather than relying on government fortification of processed foods, and red meat is one of the easiest ways to ensure adequate intake.

For people who don’t eat a lot of oily fish or receive a lot of direct sun exposure, red meat can contribute significantly to their overall vitamin D intake. Red meat also contains a vitamin D metabolite called 25-hydroxycholecalciferol, which is assimilated much more quickly and easily than other dietary forms of vitamin D. In populations with low sun exposure, meat has been shown to be protective against rickets, a degenerative bone disease caused by severe vitamin D deficiency. Interestingly, consumption of milk with the same levels of vitamin D does not provide this same protection, indicating that the vitamin D in meat is uniquely absorbable and useful to the human body.

Red meat contains primarily heme iron, a form that is absorbed and utilized much more efficiently than the non-heme iron found in plant foods. Furthermore, even small amounts of meat can aid in the absorption of non-heme iron. For people with iron overload conditions like hereditary hemochromatosis, it’s probably best to limit high-iron foods such as red meat, but for most of the population – especially those with iron-deficiency anemia – the iron from red meat is beneficial. This is particularly important for women who are pregnant or looking to become pregnant, as iron is crucial for the growth and development of the fetal brain.

Protein is important for growth and development, both in children and adults. If you don’t get enough protein in your diet, your muscles will begin to atrophy, and you’ll experience symptoms such as weakness, dizziness, and lethargy. Meats are full of protein, helping you to maintain and build healthy muscles. A well-cooked joint of red meat, in particular, is chock full of healthy proteins that are essential to an active lifestyle.

The media has given saturated fat a bad reputation for years, holding it responsible for a range of scary health conditions such as blocked arteries, heart disease and obesity. While there’s a lot of truth in the common message that saturated fat isn’t good for you, the reality is that moderation is key, as is the case with all other aspects of nutrition. In fact, a zero-tolerance approach to saturated fat could be doing your body more harm than good. The saturated fat found in red meat can assist your liver by encouraging it to dump fat cells and work more effectively. It can also help to boost testosterone levels which are responsible for sexual function and tissue repair.

Zinc is relatively difficult to find in dietary sources, with shellfish and organ meat being two main sources. Luckily, in addition to other essential nutrients, red meats are rich in zinc. This mineral plays a key role in muscle and brain development as well as immune function. By adding red meat into your diet, you can ensure that you don’t suffer from a zinc deficiency.

Red meat doesn’t necessarily deserve its reputation as an unhealthy indulgence, although it’s important that you do consume the best types, opting for a healthy steak rather than processed sausages or pepperoni toppings on your pizza. Including a serving or two of red meat in your diet each week can help to boost your nutrient levels and keep your body feeling strong and healthy.